Draven Schoberg is a sophomore Communication Sciences and Disorders Major at the University of Texas at Austin. Draven became interested in ethics after taking a class that explored the relationship between art, criticism, and society. Since then she has been fascinated by the ethics behind art. As a Media Ethics Initiative Research Scholar, she looks forward to exploring the ethics behind controversial events and trends in the art world.

Justin Pehoski is a Graduate Research Associate assisting with editing and administrative responsibilities. He is pursuing a graduate degree in Communication Studies at the University of Texas at Austin. His research interests include media ethics, pragmatism and rhetoric, public discourse, and philosophy of communication. He holds B.A. degrees in Psychology and Journalism from California State University, Chico. For two years he served as assistant managing editor of the Paradise Post which twice won the California Newspaper Publishers Association first-place award for general excellence. 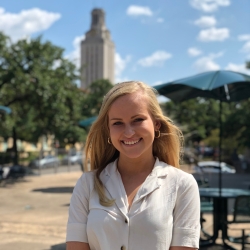 Page Trotter is a senior Health and Society major with a Communication Studies minor. She is interested in health communication, specifically the ethics involved in reporting on disease outbreaks and public health measures. While taking a recent course in communication ethics, she discovered that case studies are an effective tool to increase awareness about ethical issues in this field. Page is very excited to be a part of the Media Ethics Initiative. Ultimately, she hopes to shed light on the need for accuracy and morality in a realm of communication that truly impacts the safety of the global population. 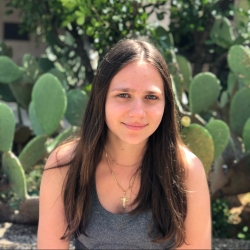 Michaela Urban is a sophomore Plan I Sustainability Studies and Iberian/Latin American Languages and Cultures double major at the University of Texas at Austin. After taking Dr. Stroud’s Communication Ethics class, she became interested in exploring and applying moral theories, such as those proposed by Kant, to expose the ethical issues of diverse situations. She hopes that the MEI internship will strengthen her critical writing skills and she is particularly interested in connecting issues in communications with current issues facing the environment. 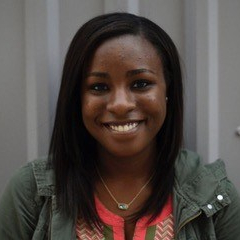 Allyson Waller is a senior journalism major at the University of Texas at Austin and serves as an Undergraduate Research Assistant for the Media Ethics Initiative. As an aspiring journalist interested in covering politics and social issues, Allyson is excited to produce case studies exploring media practices in today’s democracy as it pertains to politics, partisanship, and community segmentation. In the past, shehas interned at The Texas Tribune and the Miami Herald and looks forward to integrating her journalism experience with her work examining media ethics.